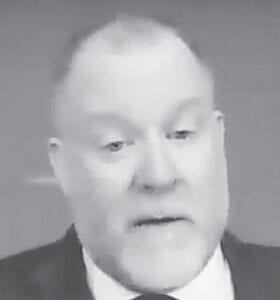 LANSING — Before the Michigan Supreme Court concludes its current term in July, the seven-justice Court will issue an order on a recommendation by the Michigan Judicial Tenure Commission (JTC) to suspend or censure former 40th Circuit Court Judge Byron Konschuh.

The JTC conducted an investigation on allegations Konschuh misused public funds while he was prosecutor in Lapeer County. The JTC is an independent state agency responsible to investigate complaints of judicial misconduct and, if warranted, recommend discipline by the Michigan Supreme Court.

Oral arguments via a Zoom conference were conducted Wednesday morning by the Michigan Supreme Court. Konschuh was represented by his legal counsel, Donald Campbell, while Commission Counsel William Murphy presented for the JTC.

Following a hearing before a Master, the JTC recommended that Konschuh be removed from office, conditionally suspended for six years, and assessed $74,631.86 in costs related to allegations that he misused public funds while he was a prosecutor. Konschuh filed a petition to reject or modify the JTC’s recommendation. That petition was heard Wednesday. 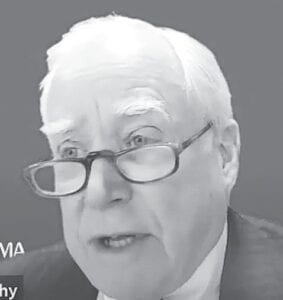 Lynn Helland, executive director and general counsel for the JTC, said the Court took the comments made during Wednesday’s hearing under advisement. “It could be a couple of weeks or a couple months, but they will make a decision by July,” said Helland.

Cases come before the Michigan Supreme Court during a term that starts August 1 and runs through July 31 of the following year. The Court hears oral arguments in Lansing beginning in October of each term. Decisions are released throughout the term, following oral arguments.

While the JTC’s nine-member panel hears complaints against judges and recommends sanctions, the Supreme Court must decide whether to accept or reject the recommended sanction. The Court is not bound by the JTC’s recommendation.

If Konschuh does not agree with the Supreme Court’s opinion when it’s reported, he may have his case re-heard by the Michigan Supreme Court unless the original opinion stated otherwise. 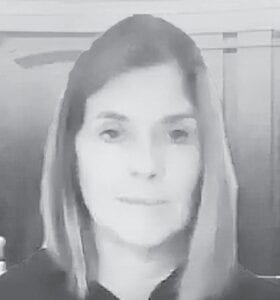 Michigan judges may be removed in one of three ways:

• Judges may be impeached by a majority vote of the House of Representatives and convicted by a two-thirds vote of the senate.

• The governor may remove a judge upon the concurrent resolution of two-thirds of the members of both houses of the legislature.

• On the recommendation of the JTC, the Michigan Supreme Court may censure, suspend, retire or remove a judge.

Since Konschuh was defeated in his bid for re-election last November the “remove” option is legally moot, meaning it can have no effect.

Censure is a formal sanction for violating the Code of Judicial Conduct. It is a declaration that a judge is guilty of misconduct that does not require suspension or removal.

There are other hurdles Konschuh will face in his ability to serve again as judge or practice law. The Attorney Grievance Commission (AGC) is the investigative and prosecutorial arm of the Michigan Supreme Court for allegations of attorney misconduct. It too has the authority to take action against Konschuh, including disbarment, if they believe circumstances warrant. The AGC has jurisdiction over all attorneys licensed to practice law by the State Bar of Michigan and attorneys otherwise permitted to practice law in the state of Michigan.

History of allegations against Konschuh

The JTC recommended removal of Konschuh who deposited money from bad check cases into his personal bank account when he was prosecutor. Konschuh also made false statements and failed to disqualify himself from more than 100 cases despite a conflict of interest with attorneys in those cases, according to the JTC.

There is no dispute that he deposited 42 checks totaling $1,022 into personal bank accounts when he was prosecutor. The checks were fees owed to the prosecutor’s office by a collections company hired in bad check cases.

Konschuh pled no contest to a misdemeanor in 2016, though the case was ultimately dismissed under the plea agreement.

He told the JTC that the money should be set-off by personal cash spent on office expenses over the years.

Campbell said it wasn’t embezzlement when money from bad check collections were deposited in Konschuh’s personal bank accounts, as well as those of his wife and son, but rather it was a “disagreement.”

During his oral testimony, Murphy on behalf of the JTC said the case and history against Konschuh was well-reported in the local press and noted it remains a scandal to the Lapeer County court system. He stood by the JTC’s recommendation that there must be consequences brought against Konschuh for his actions — as well as to restore citizen confidence in the local judiciary.