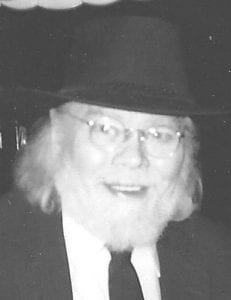 Beloved son of Conrad, Sr and Mary Ann (Izworski) Zychski, he was born September 7, 1938 at their home in Richmond, MI, and at age 5 moved and grew up at their family home in Chesterfield

Township. He attended Bates Elementary, Chesterfield Twp., St. Mary’s Catholic High School, Mt. Clemens and for his senior year transferred to and graduated from St. Mary Preparatory School in Orchard Lake. After graduation, Conrad enlisted in the Army and proudly served his country for 35 years before retiring. While growing up, Conrad shared a love of music (especially country-western) with his family, learning to play the guitar and harmonica, which continued throughout his life and eventually led him to enjoy and share with friends at local karaoke bars. Other favorite hobbies of Conrad were computers, collecting cars and spinning yarns, which kept everyone guessing which tales were true or fictitious.

Conrad is survived by his sisters, Janice Roberts and Susan Steelmon; and seven nieces and nephews.

He was preceded in death by his parents; sister, Carol Zalenski; and the love of his life, Dawn Richards.

Conrad, better known as “Chris”, will be greatly missed by Bob and Stacey Richards, and their son Trevor, daughter Reyah (Cupcake), and extended family, who lovingly embraced him as ‘dad’ and ‘grandpa.