Structure has visible lean to it; contractors will likely have to dismantle and reassemble new tower 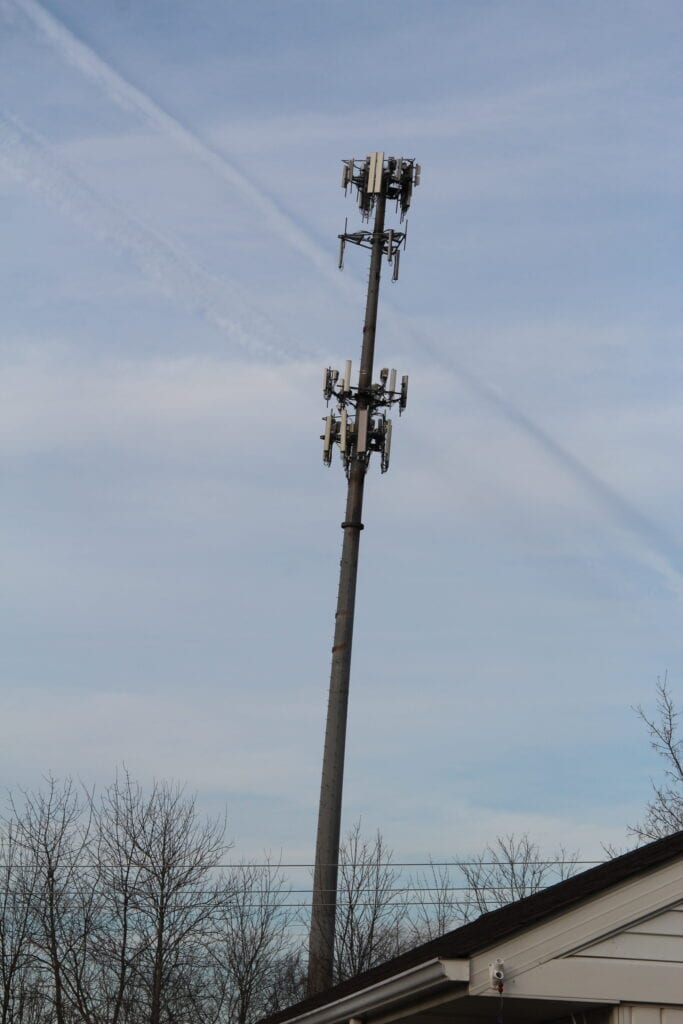 A 197-foot cell tower in Lapeer has a lean to it following an electrical fire in the interior of the structure reported shortly after 9 p.m. Wednesday. Crews are enroute to assess the repairs and rebuild that will have to occur as a result of the fire that may have impacted the strength integrity of the structure located near Elm and Saginaw streets.

LAPEER — Wiring in a 197-foot-tall cell tower located near Elm and Saginaw streets in Lapeer caught fire Wednesday evening. Shortly after 9 p.m. last night flames were visible shooting from the top of the hollow tower, while near the base of the structure the interior fire was so hot the metal glowed orange and pink.

As a result of the fire that likely weakened the strength of the tower, there is a visible lean to the structure. American Tower representatives, owner of the tower, are enroute to Lapeer to assess a course of repair to the structure. Representatives from AT&T, Verizon and T-Mobile believe the tower will need to be dismantled and “restacked” — a repair that will take some time to complete as crews will have to be assembled, materials gathered and a high-reach crane will have to be contracted for the job.

As a result, there may be some reduction in service for customers of AT&T, Verizon and T-Mobile — especially those who live further away from the tower where overlapping tower capacity may not reach them well. That reduced reception may be short-lived, however, as engineers from the cellular phone carriers will work to reroute calls to a different tower in the region where possible.

Scattered on the ground around the base of the cell tower are pieces of black-colored wiring insulation that fell to the ground from the top of the tower during the fire.

Lapeer Fire & Rescue and Elba Township Fire Dept. firefighters were dispatched to the fire at 9:07 p.m. There was concern that the tower could fall over onto nearby power lines and buildings. Emergency repairs will be complicated today as Lapeer County and much of southeast and mid-Michigan are under a Wind Advisory until 5 p.m. this afternoon. Southwest winds 20 to 25 mph with gusts of 40 to 45 mph are expected.